Weekend of mixed emotions for Ilott at Silverstone 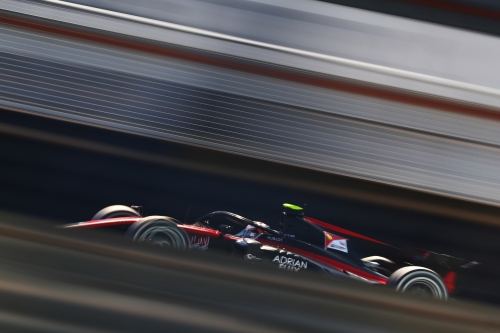 Qualifying went really well again, I hooked it up nicely and managed to grab another front-row start. Our consistency on Friday afternoons is a real testament to the hard work the team and I are putting in and gives us great scope to get the best results on Saturday and Sunday.

The feature race was a real rollercoaster of emotions. The stall on the grid was really unfortunate but these things happen. Starting from the pit-lane was not ideal, but overtaking is always fun. The race itself was a bit of an exhibition, I had great pace from the get-go and was able to pick my way through the field quite nicely.

For the pitstop, we didn’t really have anything to lose so decided to box for the hard tyre a lot sooner than we’d initially planned, which worked out really well as we jumped quite a few cars and got back into the top ten. From there the grip held on really well so I could carve my way back to fifth, which was a great result considering I started last.

The Sprint Race was another rollercoaster, again the start was a little problematic and I lost ground heading into Abbey.  When I was on the apex at Village I had Tsunoda on my outside, but I don’t think he expected me to be there. The gap was more than big enough and I thought he would stay on the outside. I’m sorry to him for the way his race ended but I feel it was more a racing incident than solely my fault.

Again we had great pace in the race itself and I showed that by climbing up to second. I had to get a move on to try and limit the damage of the time penalty and managed to clear the cars in front of me and begin chasing down Ticktum in the lead. It was going well until I clipped the kerb through Vale, which triggered the spin and the engine stalled, leaving me stranded in the middle of the road.

It was completely my mistake and it’s a shame for the team for losing what would have been a great result for us. Whilst I’m disappointed with myself for it, there’s nothing I can do to change it. It’s better to look at the positives from the weekend, looking at how fast we know we can be and use that as motivation to come back next weekend and get it right.