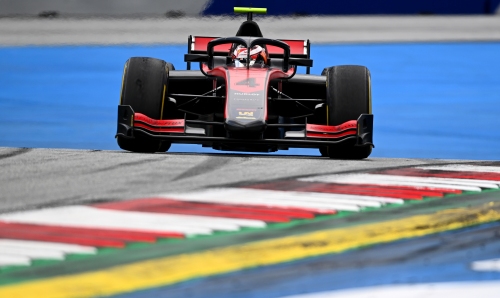 "It was another strong performance by the team in qualifying and I was really pleased to qualify in third place for the second race weekend in a row.

Saturday's race was probably the longest and wettest race of my career! The conditions eventually cleared up enough for us to go racing but it was still really wet out on track. My initial pace in the wet was really good and I felt we were on for a podium finish.

After the stop, the water on the track started to clear and our pace as a team started to struggle. I did my best to fight off the cars but they were just too quick. Racing in those conditions is never easy, so I was glad to cross the line in P5 and collect some good points.

Sunday I got off the line ok but lost out in the first few laps of the race, so there is some work to do there. I was side by side with Zhou but unfortunately, I lost out because of the virtual safety car. After that, I managed the tyres well and I expected more degradation, but I was pleased with my pace at the of the race. These tyres are definitely holding on a bit longer compared to last year so I'll need to rethink my approach heading to Hungary.

To leave Austria tied 2nd in the championship is a great start to the year so I'm really thankful to the team for their support. Now we need to go to the Hungaroring and continue to be in the fight for wins and podiums."