Pole and a podium finish for Ilott in Hungary 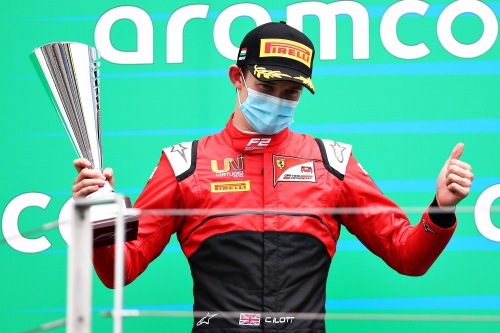 "It was a very wet qualifying and I was on the edge most of the lap. It was a good call by us to stay out in the gap and we managed to get the lap in before the red flag. It was a mega job by the team, obviously another top-three result for both of me and Zhou, and it's a great feeling to get my first pole of 2020.

I got a good start in Saturday's race and managed the safety restart well. I felt in control of the race at the start but unfortunately, we pitted too early and by the end, I had no pace to keep everyone behind.  The alternative strategy also proved the better strategy on this occasion allowing cars in P11 and P16 to take 1st and 2nd

It's very frustrating to start from pole and only come away with a P8 result. There's plenty to work on for next time, as we don't want to waste anymore strong qualifying results.

It was a great second race. it was a great start, a great first lap. I just cleared away and had a good gap. I was managing the tyres. This year the tyres are kind of up and down. They were fine and then they just dropped off. At that point, I think within two laps we calculated it and made the decision to pit. Unfortunately, we had an issue with the stop and I lost five seconds. I pushed to close down the 40-second gap in 10 laps after the stop and I was just half a second short at the end.

Honestly, the option tyres held performance longer than I thought. It was getting close at the end. I was loving it, but also it was frustrating to have come so close by that point. We didn't plan to box at all. I think Ghiotto would still have been ahead, but what a race! It was good fun."