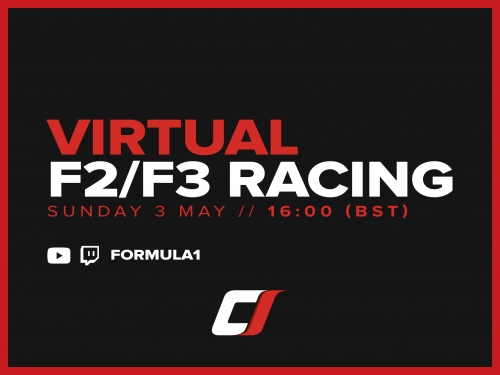 "It's great to see the championship getting involved in virtual racing and I'm sure it's going to be an entertaining event. This is my first race as a UNI-Virtuosi driver so it will be great to fly the flag for the team finally!"

Callum Ilott will join six other FIA Formula 2 drivers and seven FIA F3 drivers from the 2020 season, along with former and future drivers in the inaugural round of Virtual Racing taking place this Sunday at 16:00 (BST) and streamed live on Formula 1’s YouTube and Twitch channels.

The first-ever Official Virtual F2 and F3 event will use the F2 cars on Codemasters’ F1 2019 game, and will see the field compete in a 30-minute Feature Race – followed shortly by the reverse grid race which will see the top-eight reversed from the Feature Race in a five-lap Sprint Race.

The opening round of the Virtual Championship will take place at Bahrain International Circuit, with three more rounds to follow at Barcelona, Monte Carlo and Baku in the coming weeks. To keep the racing competitive and accessible, car set-ups are fixed, driver aids are permitted (but optional), and damage is off.

Coverage starts from 16:00 (BST) via Formula 1's YouTube or Twitch.